Have you ever heard of an ugly cloud?

Last night in my sleep I had the most profound dream. A message was delivered to me, and now I will share it with you. This message can only be from a higher power, as it explains so much about our world.

If you are depressed, prepare to shed your scales of gloom. If you question whether or not your life has purpose, your answer is here. This amazing truth was shared with me last night in a dream. The messenger was a girl with a wooden leg. (Seriously, wooden. It had tree bark on it and everything.)

We were discussing sadness, and this is what my arboreal friend had to say on the matter...

"Why do you think it is always misty? Maybe our souls leave our body and meet each other at the bus stop. This forms misty clouds. Have you ever heard of an ugly cloud?"

I woke up in the middle of the night and just knew I had to blog this message. Clearly, it is going to change some lives.

See you at the bus stop.
Posted by Unknown at 7:35 AM No comments:

Always a bridesman, never a groom... 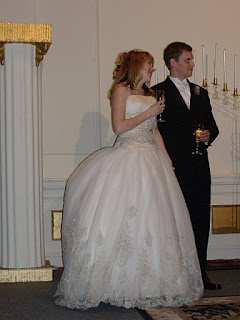 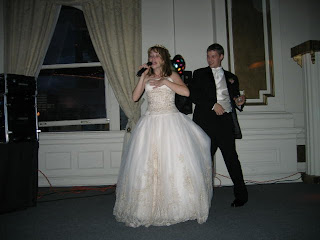 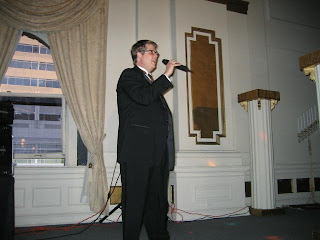 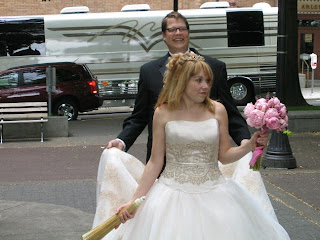 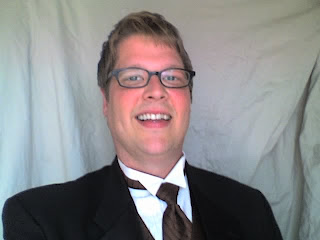 Posted by Unknown at 7:26 AM No comments:

Amber is back from camp! You can read about her experience here.

Pony and I were really happy to be able to help her out, and we're thankful to all the listeners of the Todd & Pony Show who donated to Amber. I know she appreciates your generosity and so do I.

Much love to all of you,
Toddy
Posted by Unknown at 8:32 PM No comments:

When I was at the Gay Games in Chicago last summer, I saw a protester who had misspelled the word judgment on his sign. I think that probably makes God angry.

Today I'll be joining hundreds or thousands (I wonder who counts all those people. I would hate that job, wouldn't you? "Okay, everybody please stand still I'm trying to count here....") of other people downtown for Gay Pride. (Every writing teacher I have ever had is turning over in his or her grave at my sentence structure - except for the ones who are alive. I don't know really know how they are responding. If you taught me in a writing class, please leave a comment and let me know how you feel about my run-on sentences and poor use of parenthetical statements.)

Anyway. I was planning on writing about protesters, but now I don't feel like it. I really hate to waste my time giving them a moment's thought. But on this happy weekend, I am pretty sure I will run into a handful of people who think God hates fags or that "Jugement is coming". I am not sure if I want to ignore them this year. Usually that is how I choose to respond, but I was thinking of maybe retaliating with some criticism of my own. "Sir, you have really awful handwriting," I will say to the man holding the hateful sign. I mean, it's better than screaming at them, right?

But, no, it is wrong to make people feel bad for who they are. If a person has poor handwriting, it is not for me to judge. I hate the handwriting and love the writer.
Posted by Unknown at 9:17 AM No comments:

Not only did I give up television. I gave up all technology, including computers. I stopped blogging and became Amish.

Actually, life just got busy. Busier. Juju is on her honeymoon so I am doing double duty at work.

I haven't been sleeping well. I am trying to decide which nightmare is my favorite lately. The one where someone is breaking into my apartment? How about the vicious lion showing up at work? The other night I dreamed I was clawing my face off in my sleep.

Get some therapy. That's what you're thinking. The thing is I do not feel unhappy or particularly anxious. I'm not sure why my dreams at night are so strange and disturbing. I've had therapy in the past and always knew I needed it. Right now I honestly feel good about my life.

I am hoping to go on a trip to Texas next month. I miss my family and want some time with them.

What else? Oh, please read the book Eat.Pray.Love.

I heard about this book on The Satellite Sisters and had to read it. One of the most inspiring books I have ever read, and it should be mandatory reading for those of us who have been serial monogamists. For about 10 years I was one of those people who always had a boyfriend (sometimes they overlapped) - I couldn't be alone. This book is all about making peace with yourself and learning how to be by yourself and love it.

My french press is ready. Gotta go!
Posted by Unknown at 7:09 AM No comments:

There is a noisy lack of silence in my life, so tonight I just skipped happy hour and came home to read a good book. I did not turn on the television. My home is silent.

As I stirred my dinner of black beans and rice on the stove, I listened to the spoon lightly scraping against the bottom of the pot. The sound of the water boiling gradually grew louder. Now I can hear it simmering softly on the stove.

When I eat my dinner I am going to eat in silence. Maybe I won't be able to make it through a quiet dinner alone. Maybe I'll crumble under the pressure and put on some music. But I'm not going to turn on the tv tonight.

The thing with television is this - it never stops. I tape a few shows every day, and then I have to catch up with them on the weekend. While I am watching one show, I am told that I really should watch it again tomorrow, because it will be even more exciting than the episode I am currently watching. Then there are commercials for other shows that I am supposed to watch later. Stuff that I never even thought I wanted to see suddenly becomes so important it feels like I should write it on a calendar.

TUESDAY - DR PHIL ASKS NEGLIGENT MOTHER "HOW'S THAT WORKING OUT FOR YOU?"

Wow. That sounds amazing. Who would want to miss that?!

There will always be someone leaving The View, and there will always be another contestant voted off the island or sent home because America voted. Ellen will just get funnier and funnier. More plot twists will unfold and new heroes with amazing powers will be revealed.

When will it all stop? I guess it won't stop until I make it stop.

I'm so afraid of becoming weird. Out of touch. If I just quit watching television, won't I become backward and socially clumsy?

I'm not saying I'm going to do it. I'm just thinking about it.

Not a single cupcake ruined 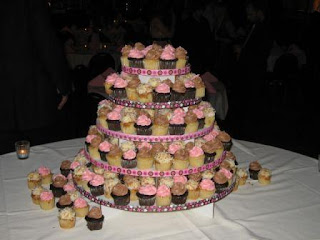 Posted by Unknown at 7:49 AM No comments:

"Is that you-know-who?" my friend asked.

My stepfather smiled at me. "Yes," I shouted to my friend. "Can you believe my stepdad is him?"

We weren't shouting his name back and forth across the rows because my stepfather David Hasselhoff doesn't want any more press at this time. We were protecting his anonymity. But if you had a dream that you were at a baseball game last night and you could have sworn you saw Hot Toddy with his new stepdad in your dream, you did. And, yes, it was David Hasselhoff.
Posted by Unknown at 8:22 AM No comments:

Be Nice to Joni Mitchell

Well, I am just in the worst mood this morning because of a dream I had last night. Joni Mitchell was cast on MTV's Real World and the other girls in the house were completely dissing Joni.

Dream?! What am I saying? This was no dream. This was a nightmare!

I wanted to clock those girls for being mean to Legendary Folk Singer Joni Mitchell. They have no idea what true talent looks like.

I just need to shake it off. I'll think positive thoughts today. I'll think about the people who donated money so my friend Amber could go to camp. That makes my day every time I think about it. Listeners of the Todd & Pony Show donated almost $300 to Amber last month, and we gave her the check on Thursday. We had a great time with Amber. I love that girl, and I am certain she would never disrespect Joni Mitchell.
Posted by Unknown at 7:32 AM No comments: